THE CUCKOO HAS JUST BEEN HEARD IN BROADFORD 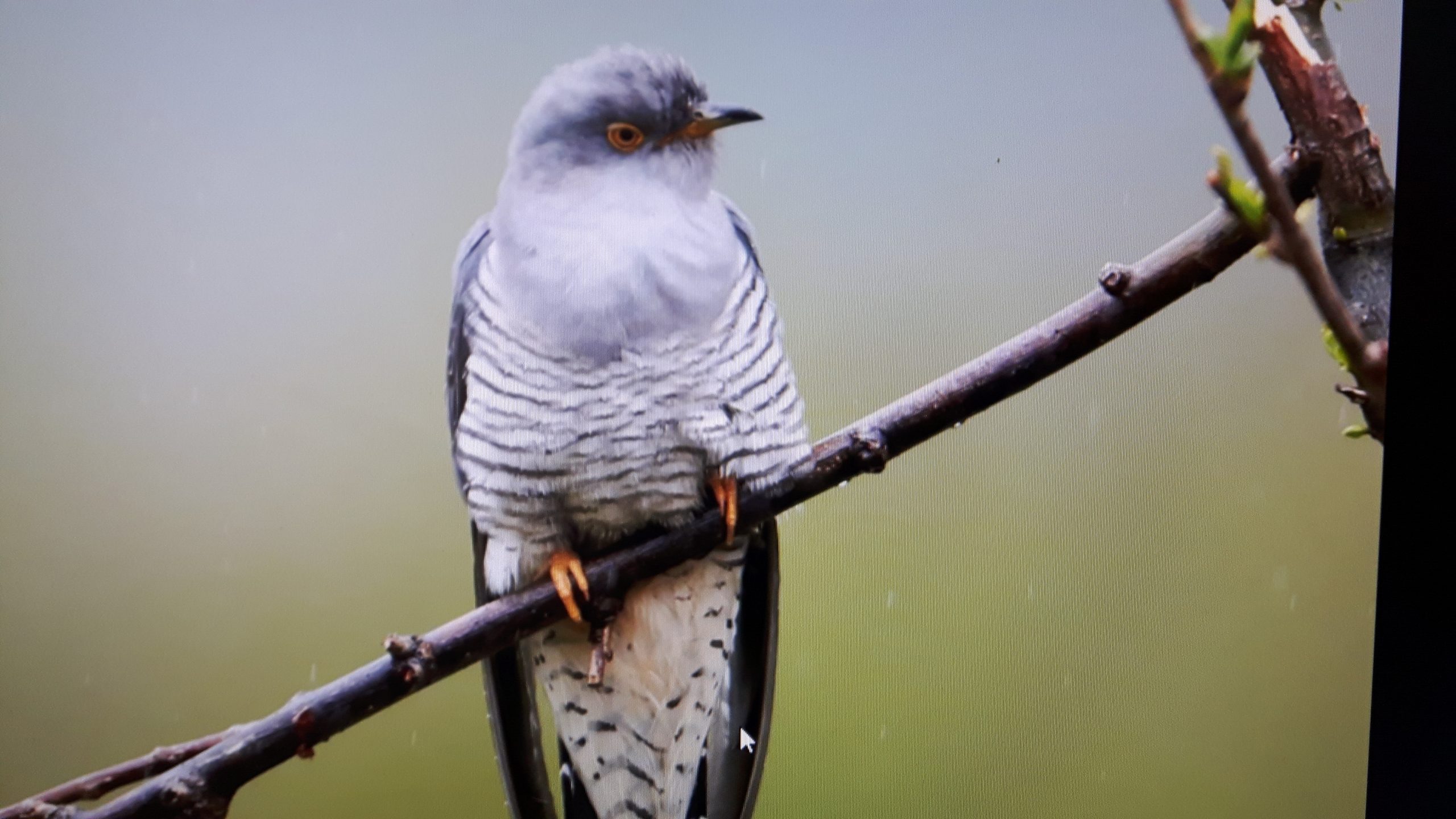 Enjoy the wild open countryside around Broadford and listen for the sound of the Cuckoo.

‘The cuckoo comes in April, she sings her song in May, in leafy June she changes her tune and in August she flies away’

The male’s familiar call is heard more often than the bird is seen for the six weeks or so after its arrival herein in late April.

In flight it can be mistaken for a bird of prey such as sparrowhawk, but has rapid wingbeats below the horizontal plane – the wings are not raised above the body.

They have evolved a very unique approach to rearing their young. They don’t build a nest. They lay their eggs in the nests of other species. The eggs are usually the same colour and patterns as those of the host species. Very often around West Limerick the host species is the Meadow Pipit.

So as not to raise suspicion, the female cuckoo removes one of the other eggs from the ‘foster’ nest. Then, within 10 seconds, she lays an egg. This way, when the host bird returns, she won’t think there are too many eggs in the nest.

The female cuckoo will repeat this 10 to 20 times during the breeding season. Once hatched, the baby cuckoo will push all other eggs and chicks out of the nest and thereby receives the undivided attention of the poor host bird that spends all summer feeding the enormous and ever hungry chick.

With no chicks to look after, the adult cuckoos leaves the Irish countryside by August and then heads south to Africa. The young cuckoos depart in September showing the remarkable quality of inner navigational instincts of the species.

Cuckoos are dove-sized birds with ash-grey upper parts and dark-barred white bellies. They are very hard to spot.

Cuckoos have been declining in Ireland for some years, and they are less common now than they were a few decades ago. We are lucky here around Broadford in that they return here every year. You will often hear them on the ‘Broadford to Ashford Way’ part of the Broadford Ashford Walking Trails.

The cuckoo eats insects, mostly caterpillars and beetles. The bird does not specialize in particular species of prey, but catches the insects which are most numerous in its local area.