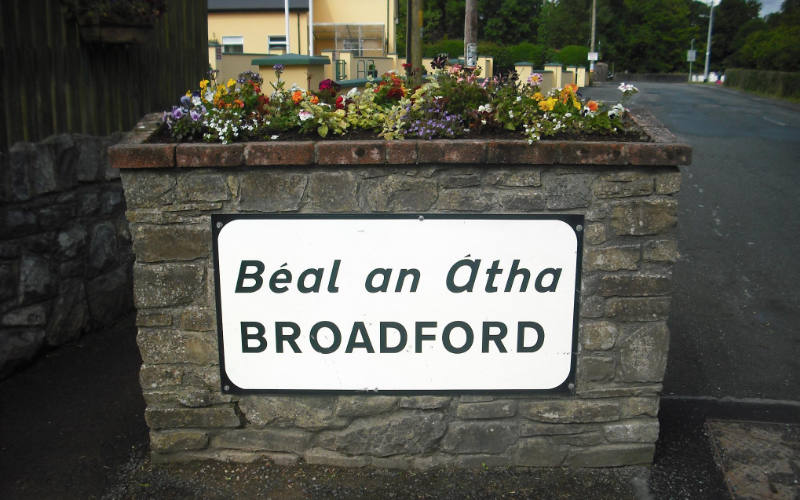 “Back beside the bridge, a quarter of a mile from here, the first Béal an Átha was located.  It is easy to understand how the place got it’s name.  A trace of the ford beside the bridge still exists.  And the ‘mouth’ – it is obvious enough because the river opens out into the shape of a mouth at this point.  That is the origin of the name ‘Béal an Átha.’”

The above is taken from ‘The Irish Folklore Schools Manuscript Collection, 1937/1938’

Séamus wrote the above during his time as teacher in the school at Broadford which is now the Community Centre next to the existing Church in the village.

5 limestone quarries were being worked near the village at that time and the Mohilly family were famous stonemasons.  Their craftsmanship is to be seen in many of the nearby cemeteries in County Limerick and County Cork.

The 5 conjoined houses which centre on the Post Office and contribute so much to the architecture of the village were built by Henry Dean Spread in the early 1880s.Henry Dean Spread was married to Mary Ann Sullivan, daughter of Francis and Ann Sullivan of Glenview Lodge.