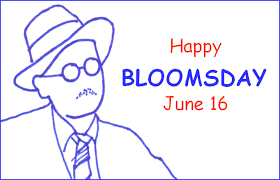 The Sheehy family originated here in Broadford. Joyce knew the family well. In his novel The Dead Miss Ivors the acerbic Irish language enthusiast is a portrait of one of the daughters of David Sheehy M.P. whose wife features in Ulysses in conversation with Fr. Conmee of Belvedere College. Miss Ivors is in fact, Kathleen Sheehy who later married another of Joyce’s UCD contemporaries, Frank Cruise O’Brien and was the mother of Conor.

Joyce knew the family well. Their home at Belvedere Place, in Dublin’s north inner city hosted many parties of the kind featured in The Dead although  The Dead is set not in Belvedere Place or its environs, but in a house on Usher’s Island. Joyce would undoubtedly have attended these parties and others like them.

Probably the best known of the Sheehy girls today is Hanna, who was active in the early feminist movement in Ireland and married Frank Skeffington – also a contemporary of Joyce’s in UCD. Another sister, Mary married Tom Kettle the great young hope of the Irish Parliamentary Party before his untimely death in the Battle of the Somme in 1916. Joyce was at one time, in love with Mary Sheehy and perhaps his great regret in failing to win her hand colours the emotions unleashed at the end of The Dead when it is revealed that Gabriel’s wife, Gretta, still pines for her lost suitor of long ago in Co. Galway.